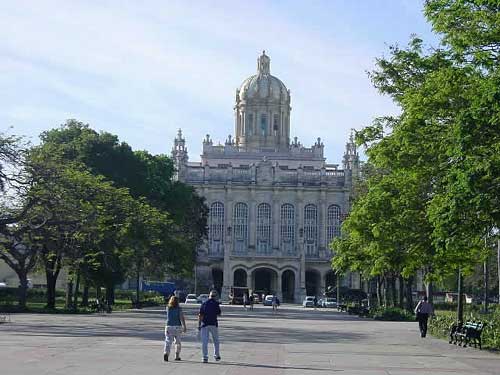 Cuba, the largest of the Caribbean islands, was first inhabited by Indigenous peoples known as the Taíno and Ciboney. On 27 October 1492, Christopher Columbus sighted the island during his first voyage of discovery and claimed it for Spain. Cuba subsequently became a Spanish colony to be ruled by the Spanish governor in Havana, though in 1762 this city was briefly held by Britain before being returned in exchange for Florida. A series of rebellions during the 19th century failed to end Spanish rule, but increased tensions between Spain and the United States, resulting in the Spanish-American War, led finally to Spanish withdrawal, and in 1902, Cuba gained formal independence.

American trade dominated Cuba during the first half of the 20th century, aided by US government policy measures assuring influence over the island. This continued until 1959, when dictator Fulgencio Batista was ousted by revolutionaries (the major group was led by Fidel Castro). The banishing of American corporate holdings led to breaking of relations with Castro's government by the US. This position on Cuba was heavily reinforced by Castro's Soviet support and his loud anti-Americanism. Cuba has since been an isolated island dominated by Castro's dictatorship.(relations with the US). Castro remained in power from 1959 to 2008, first as Prime Minister then from 1976 as President of Cuba. On February 18, 2008 Castro announced he would not accept the nomination of president and would resign from power. Raúl Castro was elected President at the 2008 National Assembly session on February 24.

From Wikipedia, the free encyclopedia

Talk to an Advisor